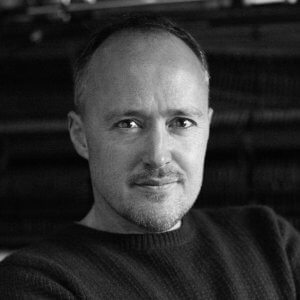 Samuel is widely considered to be one of the most exceptional musical talents of his generation. His beautifully evocative music and award-winning film and television scores are fast making him one of the most sought-after composers working in the industry today.

Early in his career, Samuel quickly stood out from the crowd with his award-winning score for the BBC’s Dunkirk. A whirlwind success followed which soon saw him composing for the Hollywood feature film Awake for the Weinstein Company.

In 2008, Sam wrote the score for the BAFTA and Emmy Award winning House of Saddam, employing a unique blend of styles and instrumentation. Rare middle-eastern voices and instruments and dark, intense electronica were masterfully mixed with a full classical string orchestra. Described by one critic as: “superbly pitched somewhere between Stravinsky and The Chemical Brothers…”

Samuel showed his strong command of classical disciplines with his beautiful orchestral score for the lavish BBC adaptation of Jane Austen’s Emma, earning him a RTS Award nomination for best musical score. In stark contrast, the dark haunting music for Tiger Aspects submarine thriller, The Deep, starring Minnie Driver and James Nesbitt, was also nominated for an RTS Award.

Samuel scored Of Two Minds, starring Kristin Davis & Tammy Blanchard, and the critically acclaimed We Are Poets, which released in the summer of 2013. Also that year he wrote the music for Left Bank’s flagship series Mad Dogs for Sky 1, the BBC series By Any Means, and the hugely successful ITV drama series, Ice Cream Girls.