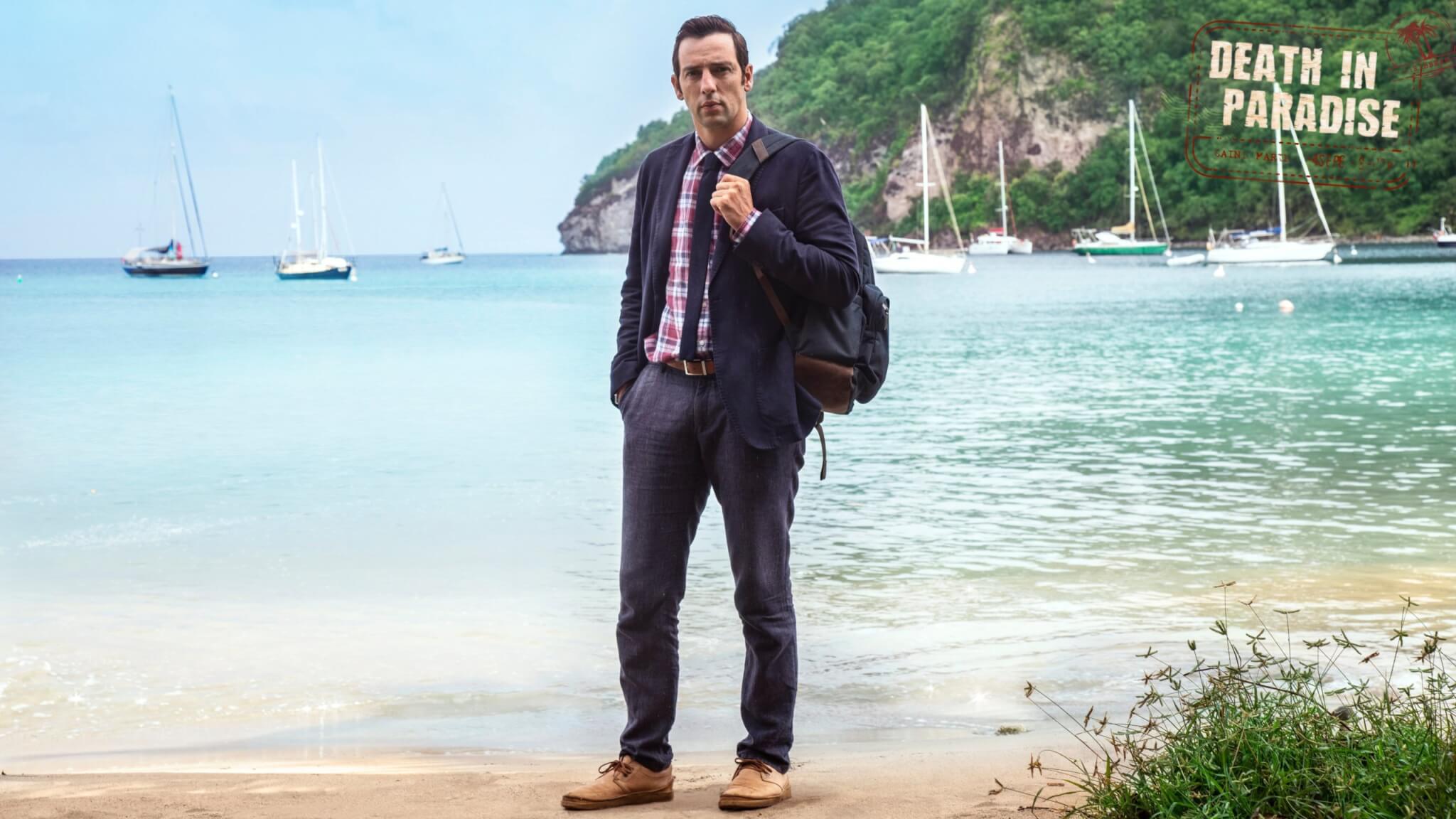 Magnus Fiennes and David Celia have composed the music for series ten of the hugely popular BBC show ‘Death in Paradise’ which will begin airing on BBC One from Thursday 7th January.

Death in Paradise is a British and French crime drama created by Robert Thorogood. The show is set in the fictional Caribbean island of Saint Marie, and is filmed in Guadeloupe. The series focuses on a detective inspector (DI) and his police team solving murder mysteries on the Caribbean island and stars Ralf Little as D.I. Neville Parker, Don Warrington as Commissioner Selwyn Patterson, Tobi Bakare as D.S. JP Hooper and Elizabeth Bourgine as Mayor Catherine Bordey.

As well as the usual baffling murders, intriguing puzzles and famous guest stars, viewers can expect some huge surprises as the show celebrates a decade as one of the most loved British dramas – and these surprises begin with the return of D.S. Florence Cassell, played by audience favourite Josephine Jobert. Florence thinks she’s ready to get back to work after her fiancé’s death two years ago – but she hasn’t banked on her new boss, Neville. As she tries to understand his peculiarities, sparks are bound to fly…

Neville soon realises he is existing in the Caribbean, rather than embracing life there. With Florence’s help, he determines to seize the day and finds himself starting to reveal some of his secrets – including of a romantic nature. But is Neville really built for a life in the tropics? And is a romantic relationship ever going to be possible for him?