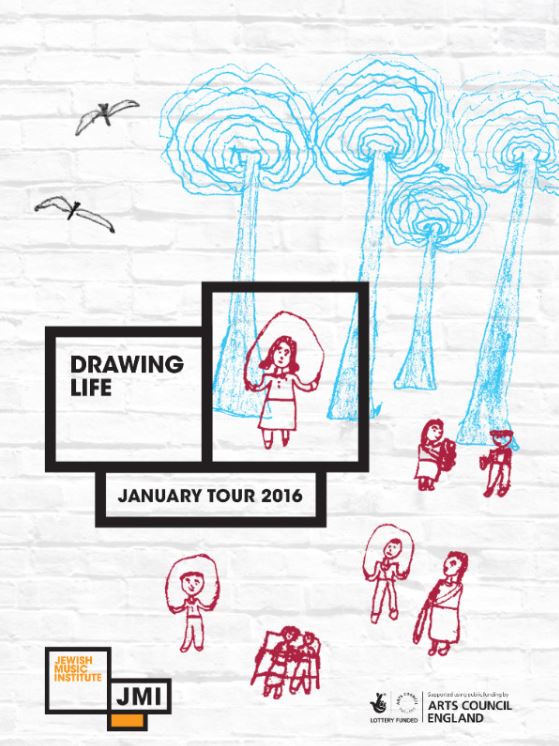 Following the successful premiere of Jocelyn Pook’s Drawing Life performances in 2014, the production has been toured in the UK in January to coincide with the commemorations of Holocaust Memorial Day.

Drawing Life is a dramatised song cycle, commissioned by the Jewish Music Institute, with film and video, based on the book I Never Saw Another Butterfly. Featuring poems and drawings by Jewish children imprisoned in Terezin, Pook draws inspiration from the children’s creative spirit. The commission marks the 70th anniversary of the start of the disintegration of the Terezin concentration camp in 1944 and the thirtieth year of the Jewish Music Institute.

Hear Jocelyn talk about the project on: