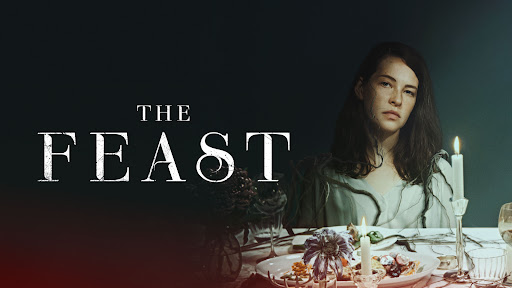 ‘When a wealthy family and their guests gather for a dinner party in the remote Welsh countryside, they have little idea of what awaits them. Hosted at their luxurious new house, the family have a valuable mining venture at stake and the atmosphere is tense. The arrival of a mysterious young woman who has been hired as a waitress brings a quiet, unsettling presence to the evening. And as the night progresses, she soon begins to challenge the family’s beliefs, unravelling the illusion they’ve created with slow, deliberate, and terrifying consequences. A carnivorously chilling new horror film, THE FEAST features an outstanding cast and marks an unforgettable feature debut from Lee Haven Jones.’

Check out the trailer for ‘The Feast’ below.