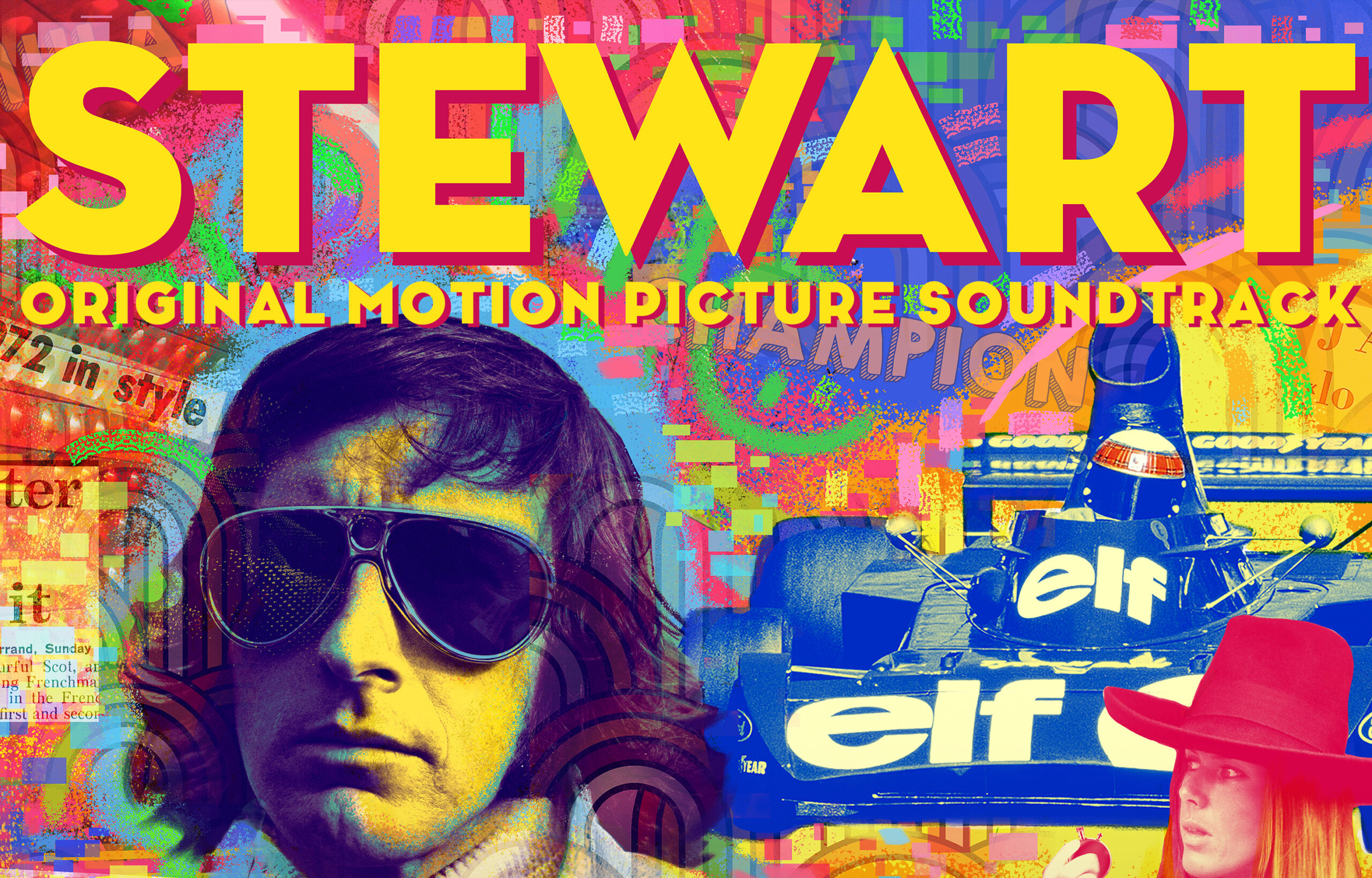 ‘STEWART’ the new documentary about British racing driver Sir Jackie Stewart, featuring a score by Chris Roe will air on Sky Documentaries and NOW on the 30th December. Chris’ soundtrack to the film will also be released digitally on the 30th December by Dubois Records and will be available to stream/download here.

‘Three-time Formula 1 World Champion, Sir Jackie Stewart is a living legend, a rare survivor from the sport’s darkest period in the late ‘60s and early ’70s. Known for more than just his stellar driving career, Stewart is familiar to millions as a TV sports anchor, team owner, and a successful businessman. Until now,Stewart’s personal story has not been told. With exclusive access to an unseen personal archive, STEWART is an evocative and emotionally charged cinematic film.

Using restored archive film, STEWART, chronicles Sir Jackie’s humble beginnings outside Glasgow, the early years of his marriage to Helen and the rush of excitement that heralded his first F1 World Championship title in 1969. But underneath all this success, was a secret that haunted him throughout his career: his inability to read and write.

The documentary charts Sir Jackie Stewart’s most exhilarating Grand Prix races in Monaco, Silverstone, Monza and Mexico, looking at how he set out to improve racing safety. As the documentary draws to a climax, the final chapter focuses on the ‘73 season. Told through archive, it shows Stewart’s friendship with his teammate, François Cevert and as racing fatalities increase, why Stewart made the decision to retire from the sport at the end of the year, with Cevert his natural successor.Fate, however, had other plans, and the documentary reaches its moving climax at the US Grand Prix at Watkins Glen.

The feature-length documentary was written and directed by Patrick Mark (Fabergé: A Life of Its Own), produced by Sarah Bayntun and Gareth Dodds (Spitfire, Armstrong) and executive produced by Jackie’s son, Mark Stewart (The Last Man on the Moon, Gazza) for MSP.