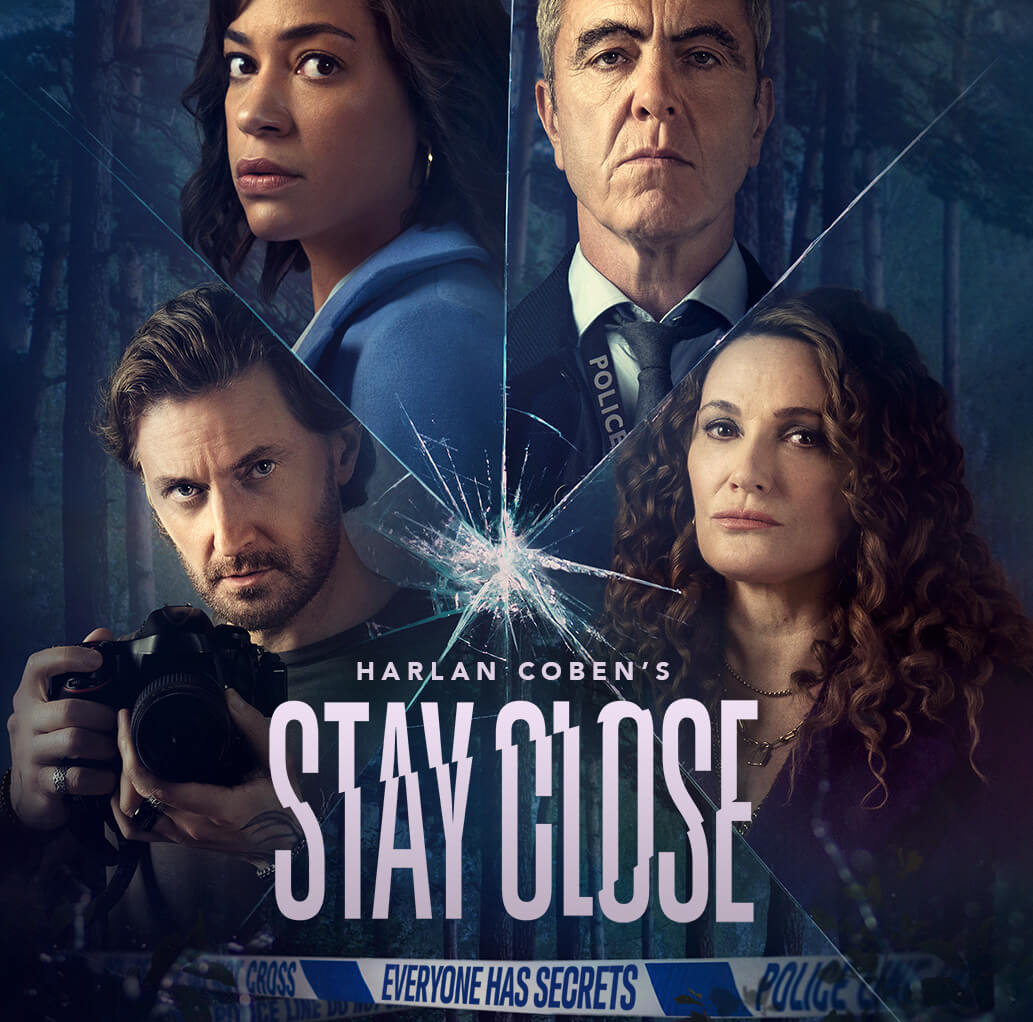 The new thriller ‘Stay Close’ an adaption of Harlan Coben’s novel of the same name and produced by Red Productions is available to stream on Netflix from New Year’s Eve. David Buckley and Luke Richards have composed the score for the eight-part series which stars Cush Jumbo, James Nesbitt, Sarah Parish, Richard Armitage and Eddie Izzard.

‘When Carlton Flynn vanishes 17 years to the night after Stewart Green did, it sets off a chain reaction in the lives of people connected to both men. Stay Close questions how much you really know someone. Three people each conceal dark secrets that even the closest to them would never suspect. Megan, a working mother of three, has run away from a dangerous past. Ray, the once-promising documentary photographer, is now stuck in a dead-end job pandering to celebrity-obsessed rich kids. And Broome, a detective, is unable to let go of a missing person’s cold case.’