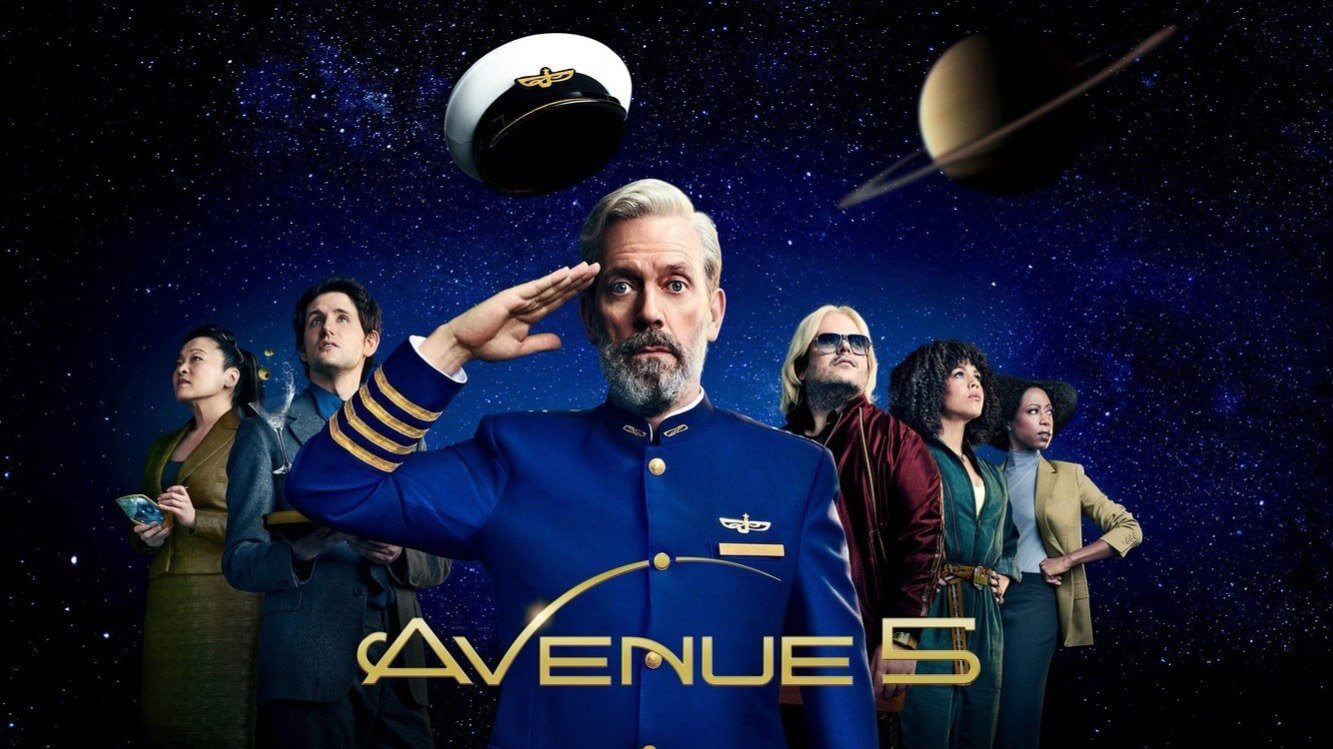 The second season of ‘Avenue 5’ created by Armando Iannucci will start airing on HBO and HBO Max on Monday 10th October. Adem Ilhan has once again composed the score for the show which stars Hugh Laurie, Ryan Clark, Josh Gad, Lenora Crichlow and Rebecca Front.

“Avenue 5 takes us to a not-so-distant future where space tourism is a booming business. While manning a luxury spacecraft owned by Herman Judd (Josh Gad), Captain Ryan Clark (Hugh Laurie) finds himself in over his head when the ship is thrown disastrously off-course— turning what was meant to be an eight-week cruise into an eight-year journey.”

“Picking up five months after failing to reroute the vessel, season two follows the crew — including fiery engineer Billie (Lenora Crichlow), unpredictable head of customer relations Matt (Zach Woods), and faithful right-hand Iris (Suzy Nakamura)— as they struggle to lead, calm, control, and, if need be, hide from increasingly unruly passengers. On Earth, they’re lauded as heroes, and in space, everyone can hear them scream.”

Check out the Season 2 trailer below.