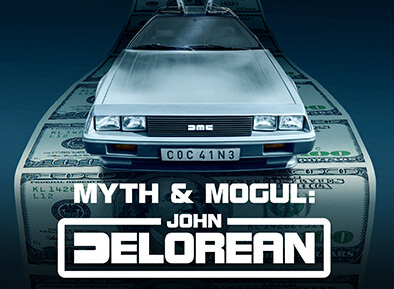 The series follows John DeLorean’s larger-than-life story, from his time as a somewhat unknown engineer at General Motors to the decade he broke from his corporate life to design his own fuel-efficient sports car. But under the hood of his self-created legend lies darkness and deceit.