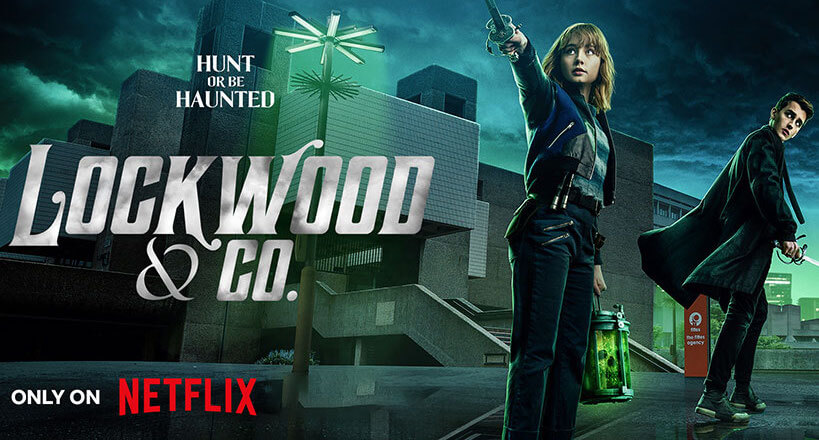 The official trailer for ‘Lockwood & Co.’, which will feature a score composed by The Flight with Christoph Bauschinger has just been released. ‘Lockwood & Co.’ is a supernatural detective series directed by Joe Cornish (Attack the Block, The Kid Who Would Be King) and based on Jonathan Stroud’s young adult novels of the same name. It stars Ruby Stokes, Cameron Chapman, Ali Hadji-Heshmati, Ivanno Jeremiah, Jack Bandeira, Luke Treadaway and Morven Christie. ‘Lockwood & Co.’ will premiere on Netflix the 27th January.

‘In London, where the most gifted teenage ghost-hunters venture nightly into perilous combat with deadly spirits, amidst the many corporate, adult-run agencies, one stands alone: independent of any commercial imperative or adult supervision – a tiny startup, run by two teenage boys and a newly arrived, supremely psychically gifted girl, a renegade trio destined to unravel a mystery that will change the course of history: Lockwood & Co.’