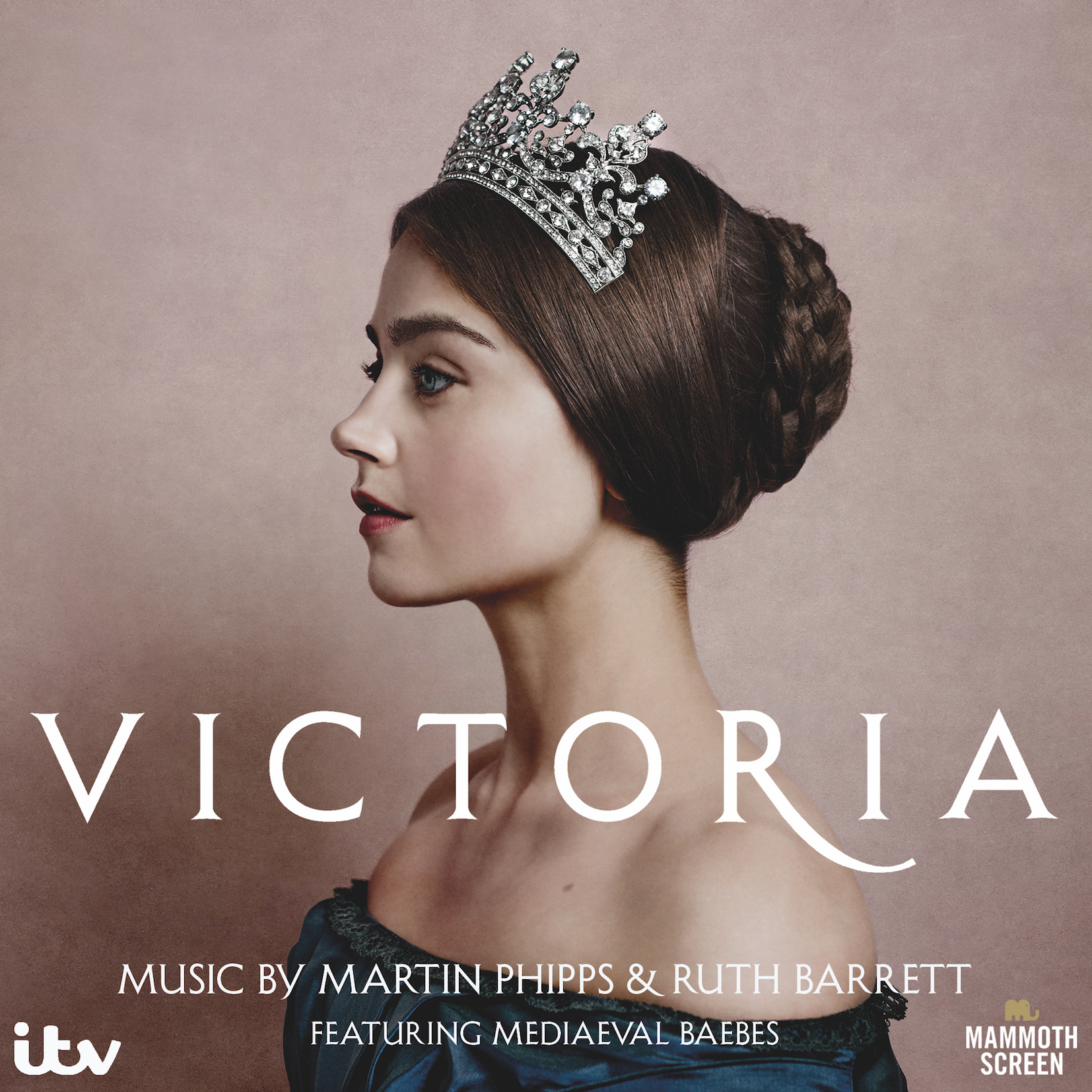 Dubois Records, in cooperation with Mammoth Screen and Masterpiece, have released the soundtrack to the hugely popular ITV drama, Victoria. The album features the programme’s original music composed by Martin Phipps and Ruth Barrett, with vocals by Mediaeval Babes. Click here for the iTunes page.

Victoria depicts the tumultuous first few years of the reign of Queen Victoria, played by Jenna Coleman (Doctor Who), from her accession to the thrown at the tender age of eighteen, to her fast-developing friendship and infatuation with the then prime-minister, Lord Melborne, played by Rufus Sewell (The Man in the High Castle), to her courtship and marriage to her cousin Prince Albert, played by Tom Hughes (Dancing on the Edge), with the series ending on the birth of their first child, Victoria.

The series was produced by Paul Thrift and directed by Oliver Blackburn, Tom Vaughan and Sandra Goldbacher. It aired on ITV in August and will be released in the U.S. this Sunday 15th January on PBS.