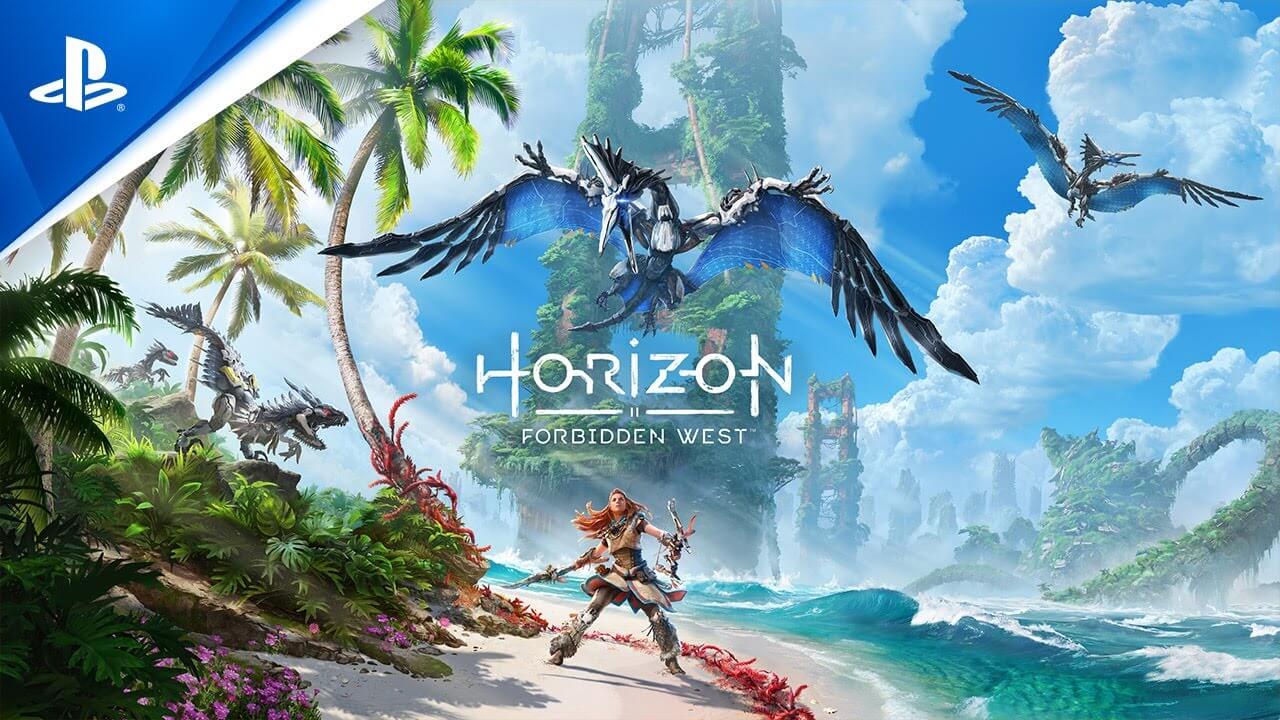 The much anticipated action role-play game ‘Horizon Forbidden West’ the sequel to the 2017 game ‘Horizon Zero Dawn’, developed by Guerilla Games and published by Sony Interactive Entertainment has just been released for PlayStation 4 and PlayStation 5. The incredible music for the game has been composed by The Flight, Joris de Man, Niels van der Leest and Oleksa Lozowchuk.

‘Horizon Forbidden West continues the story of Aloy, a young hunter of the Nora tribe, as she leads a band of companions on a quest to the arcane frontier known as the Forbidden West to find the source of a mysterious plague that kills all it infects. On her journey across these uncharted lands, Aloy encounters new regions ravaged by massive storms and deadly machines, and conflicts with a tribe of nomadic raiders who have tamed the machines as war mounts. She discovers a vast array of environments and ecosystems, including lush valleys, dry deserts, snowy mountains, tropical beaches, ruined cities, and underwater settings.’