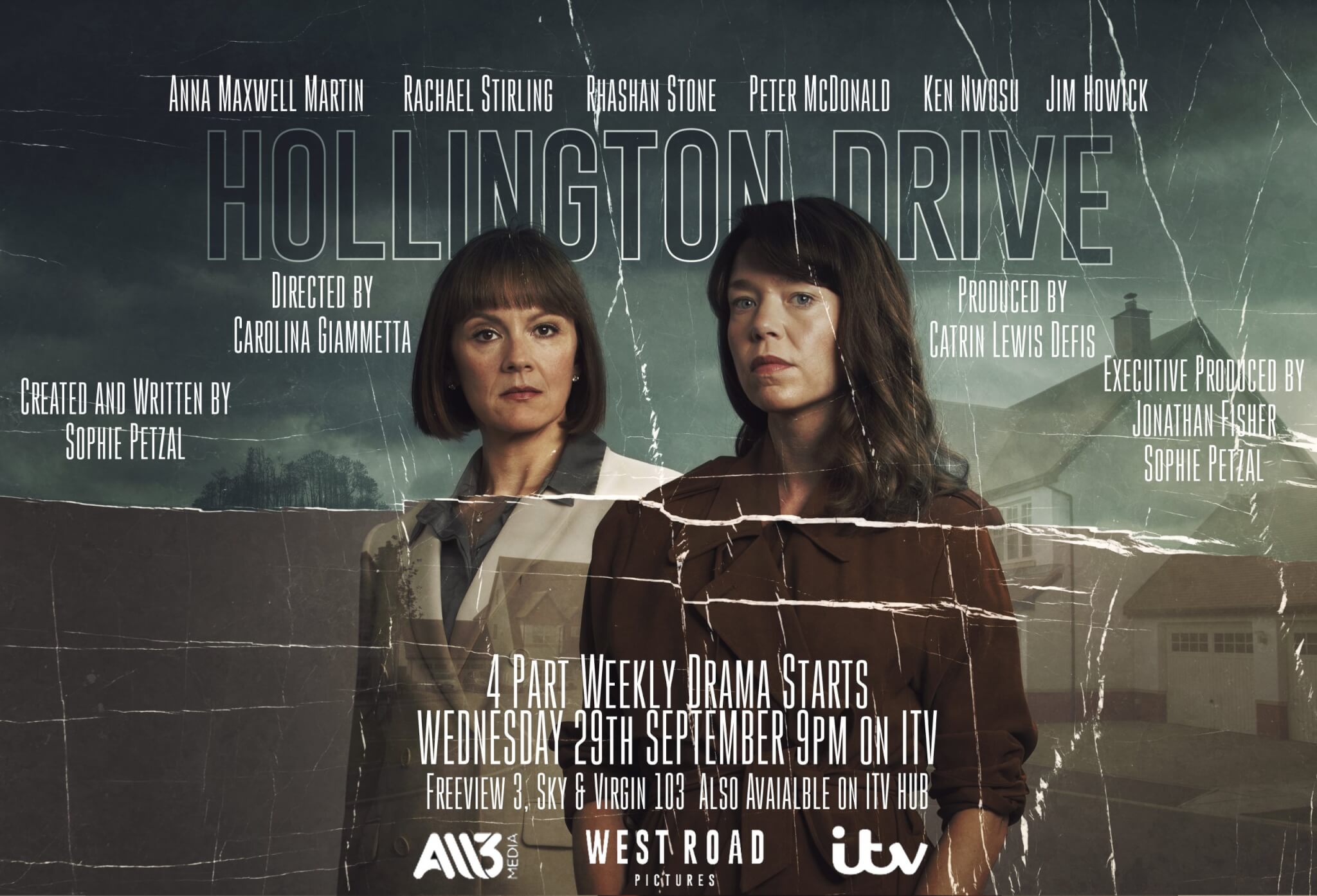 Sarah Warne has written the score for the new ITV drama ‘Hollington Drive’. The four-part series from screenwriter Sophie Petzal, is directed by Carolina Giammetta and produced by Catrin Lewis Defis. It tells a dark story about the disappearance of a child from a picturesque suburban neighbourhood and stars Anna Maxwell Martin, Rachael Stirling, Rhashan Stone, Peter McDonald, Fraser Holmes and Amelie Bea Smith.

‘Hollington Drive opens on a warm summer evening, as Theresa and her husband host a barbecue in their beautifully maintained garden, with sister Helen and her family enjoying the sunshine. All seems well, until Theresa’s 10-year-old son asks if he and his cousin Eva can play in a nearby park, stoking up some uncertainty in his mother about leaving the children unattended. She is convinced to let them go but goes out searching for them when they don’t return home in time, ultimately finding them arguing on the edge of a woodland area. Later that evening, Theresa receives word that another child in the neighbourhood has gone missing, causing her to become suspicious over whether her own son and niece could have had something to do with it.’