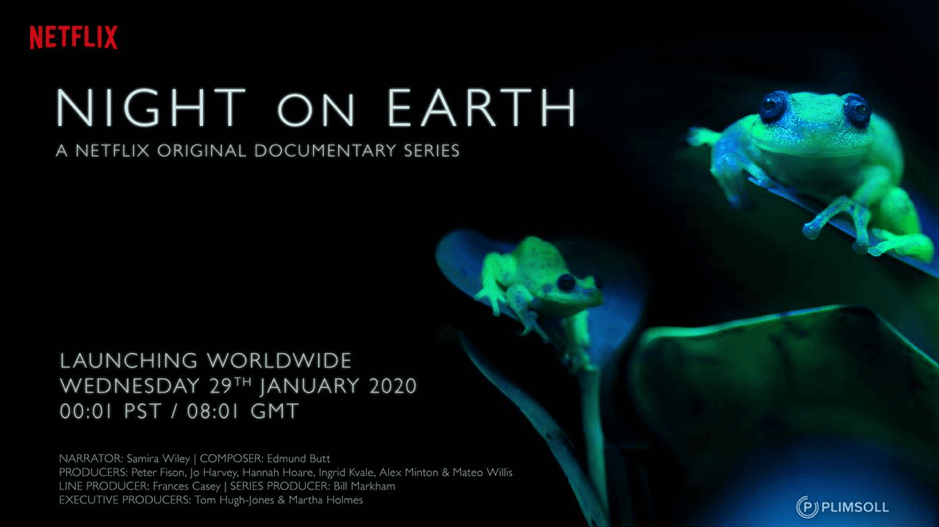 Edmund Butt has scored the epic new nature series ‘Night on Earth’ for Netflix. Produced by Plimsoll Productions, the series will start airing on Netflix from the 29th January. Night on Earth gives audiences a rarely documented insight into wildlife activities at night, often a time when animals are at their most active. “This is the first time that technology has allowed us to make an entire series about what animals get up to at night,” explains Bill Markham, series producer for Plimsoll Productions and Night On Earth.