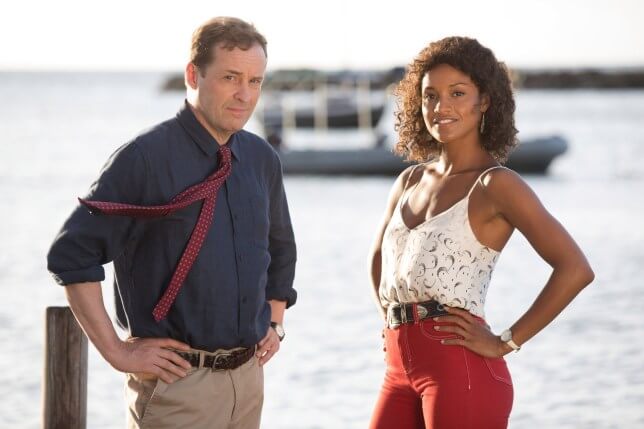 Back in the sun-soaked Caribbean, Ardal O’Hanlon returns as lead detective DI Jack Mooney, heading up the team at the Saint Marie police force. The first episode kicks off with DI Jack Mooney and his team arriving to the scene of a stabbing, but they are welcomed by some inconclusive CCTV footage and an eerie message left by a perpetrator in a devil mask.

The guest cast for this series includes Adrian Edmondson and Nina Wadia.

Catch Death in Paradise on BBC One at 9pm from Thursday 9th January.