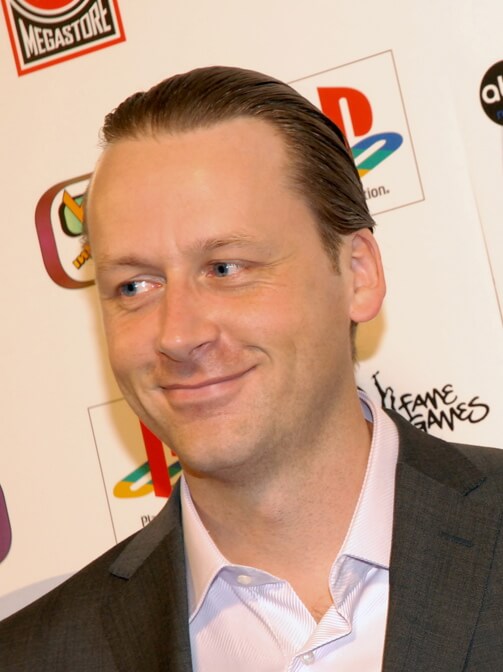 International Film Music Critics Association Award and Hollywood Music in Media Award winning film and video game composer Knut Avenstroup Haugen is known for his talent for melody, his versatility and his ability to create iconic and unforgettable scores. Having studied composition, orchestration, piano and musicology in his native Norway and the Netherlands, his Norwegian heritage, classical training and roots in the European/Russian orchestral repertoire is apparent in his work. As is his talent for assimilating musical styles and traditions. Ranging from the most intimate and delicate to massive orchestra and choir arrangements, all of Haugens film and video game scores have received major awards and nominations.

Knut scored the stop-motion feature film Christmas in Pinchcliffe – the sequel to the classic Pinchcliffe Grand Prix, voted the most loved Norwegian film of all time and his score for Fuck Up was nominated for an Amanda Award (Norwegian Film Awards).

Knut has composed music for grand occasions and events, like the World Ski Championships, the 200th Anniversary of the University of Oslo, the Oslo Opera Festival, the Harpa Nordic Film Composer Awards and Spellemannsprisen (Norwegian music awards). His works have been performed at numerous concerts across Norway and Sweden by prominent Scandinavian orchestras and ensembles, among others the Malmö Symphony Orchestra, the Norwegian Radio Orchestra, Trondheim Symphony Orchestra, Gävle Symphony Orchestra, Dalasinfonietta and choir, the Oslo Philharmonic Choir and the Staff Band of the Norwegian Armed Forces.