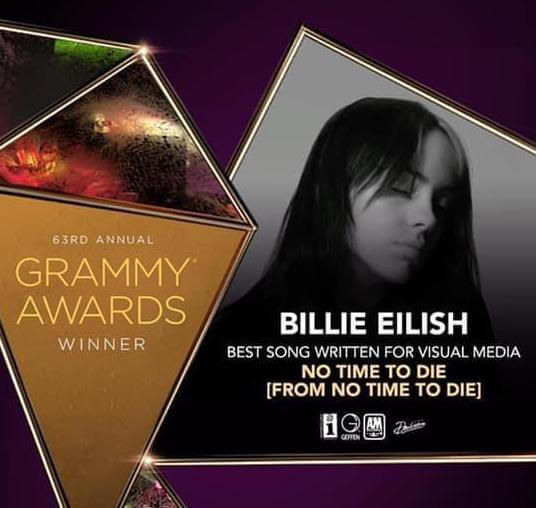 The theme song for the new James Bond film ‘No Time To Die’ performed by Billie Eilish and conducted and co-arranged by Matt Dunkley with Hans Zimmer, has won a Grammy award for ‘Best Song Written for Visual Media’. This is the first time in the Grammys history that a song from an unreleased film has won.

Massive congratulations to all who worked on the song.