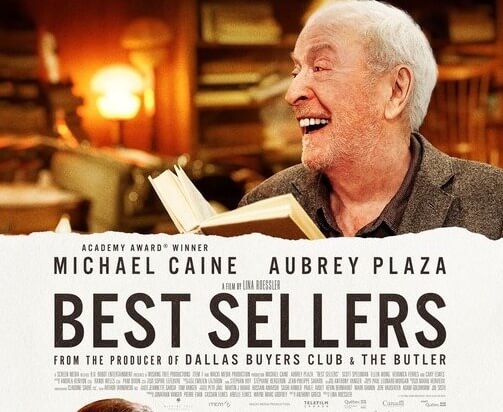 ‘Best Sellers’ featuring a score by Paul Leonard-Morgan is available to watch in cinemas and on demand from Friday 17th September. The film is directed by Lina Roessler and stars Michael Caine, Aubrey Plaza, Scott Speedman and Ellen Wong.

‘Lucy Stanbridge (Plaza) has inherited her father’s publishing house, but the ambitious would-be editor has nearly sunk it with failing titles. She discovers she is owed a book by Harris Shaw (Caine), a reclusive, cantankerous, booze-addled author who originally put the company on the map decades earlier. In a last-ditch effort to save it, Lucy and Harris release his new book and embark on a tour from hell that changes them both in ways they didn’t expect.’