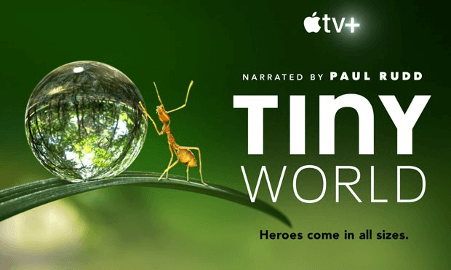 The series, produced by Plimsoll Productions and written and executive produced by Tom Hugh Jones (Planet Earth II), takes a unique perspective on the natural world, exploring the ingenuity and resilience of the smallest animals on the planet. ‘Tiny World’ uses the latest technology in miniature filming to visit places never seen before, resulting in spectacular cinematography.

‘Tiny World’ is available to watch on Apple TV and Benjamin and Chris’ music for the series has been released as a soundtrack album and is available to stream and download here.