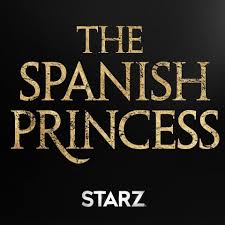 The Spanish Princess airs tonight (Sunday, May 5) on Starz in the US. UK viewers will be able to watch via Starzplay on Amazon Prime which will be made available at the same time as the show is airing in the US.

The series was produced by New Pictures and All3Media and is based on the novels The Constant Princess and The King’s Curse by Philippa Gregory.