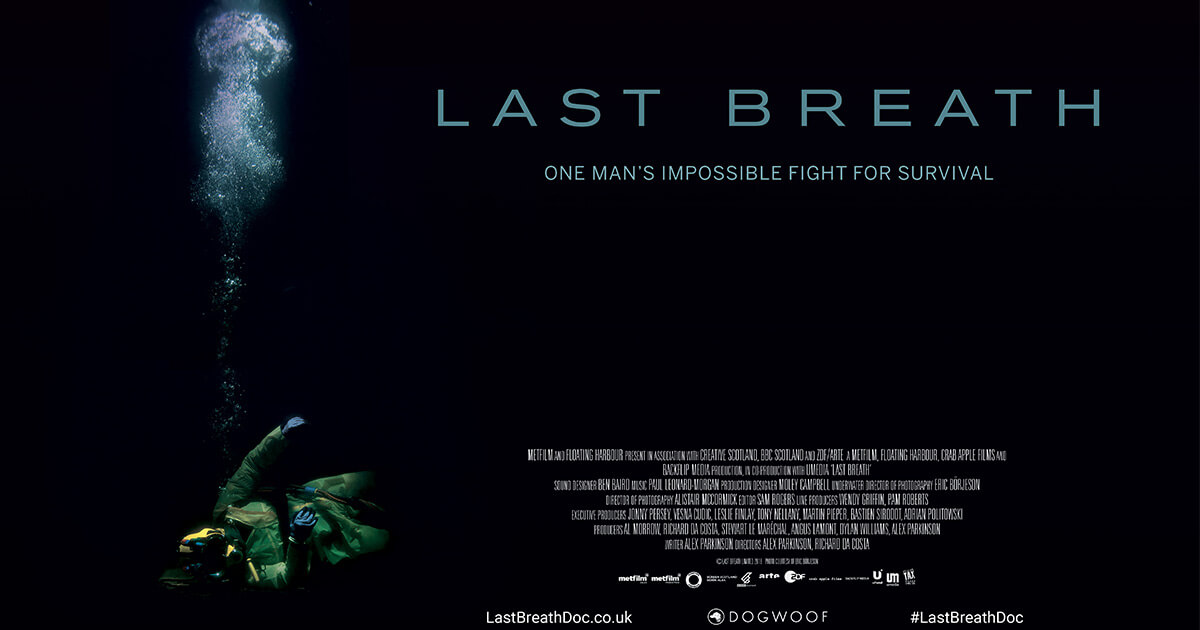 Paul Leonard Morgan’s score to METFilm’s ‘Last Breath’ has been nominated for ‘Best Composition of Original Music’ in the Royal Television Society – West of England Awards.

Last Breath is a documentary film directed by Richard da Costa and Alex Parkinson. It relates to the story of a serious saturation diving accident in 2012, when diver Chris Lemons had his umbilical cable severed and became trapped around 100 metres under the sea without heat or light, and with only a small amount of breathing gas in his backup tank.

Full details on the nominations can be found here.

Listen to Paul’s soundtrack to the film here.