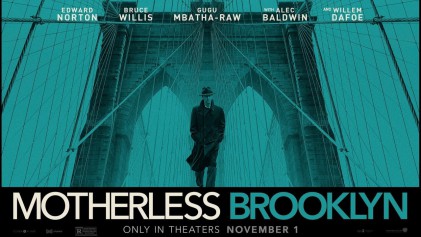 Edward Norton’s new feature, which he wrote, produced and directed, premiered at the Telluride Festival last week to great acclaim.

Here’s what Deadline did about Daniel’s score:
“He has made almost a jazz riff or tone poem with rhythmic conversations set in the city, backed by a stunning musical score from Daniel Pemberton, best I have heard all year, with lead horn played by Wynton Marsalis.  The music is almost a character unto itself in the film which also benefits from gorgeous cinematography from Dick Pope and superb production design.”