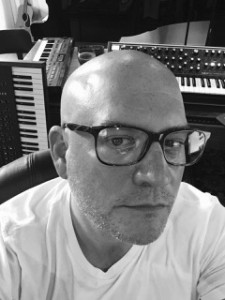 Trevor Morris is a British / Canadian Dual Citizen, living in Los Angeles, CA. He has scored music for over 20 feature films, and has won 2 EMMY awards for outstanding composition for his work in Television.

Trevor’s unique music voice spans from the sweeping and epic to the nuanced and intimate.  His compositions for such Feature Films as Olympus Has Fallen, London Has Fallen, and his first foreign language film Michiel De Ruyter which was the top grossing Film in The Netherlands.  Immortals grossed over $200M for Relativity. Trevor has scored over 20 feature films and has been involved through co-producing, writing, conducting and orchestrating on over 20 more feature films including Black Hawk Down, The Last Samurai, The Ring Two, Pirates of the Caribbean, and Batman Begins.

Trevor is also a Concert Conductor, conducting his music in live concert performances around the globe, including Film Music Festivals in Cordoba Spain, Tenerife Spain, Los Angeles, and Krakow Poland where he conducted a 100 piece orchestra and choir for over 12,000 fans.

His Television compositions are some of the highest regarded prime time dramatic stories in the new Golden Age of Television.  Such titles as The Tudors, The Borgias, Of Kings and Prophets , as well as The Pillars of the Earth for Tony & Ridley Scott.  Also the upcoming Emerald City which was recorded in London at AIR studios with the Chamber orchestra of London.  He’s also scoring Luc Besson’s Europa-Corp’s first Television series Taken, and a new project for Marvel Studios, an all electronica driven score for the upcoming Iron Fist.

Trevor has been nominated 5 times for the prestigious EMMY awards, and won twice.  As well as being nominated at the World Sound Track Awards in Ghent for the Discovery of the Year composer award for his feature film Immortals.

Trevor is based in Los Angeles and also composes from London and Toronto. He is co-repped in the US by Gorfaine/Schwartz Agency.