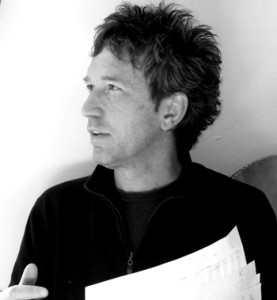 Peter has carved a very successful career for himself as a widely respected score composer who possesses the very rare ability of being able to write for any idiom. Whether it’s film, television, theatre, ballet or concert hall, Peter has constantly proved he is a composer of true expertise, innate understanding and uncompromising quality of output.

His diverse projects include four seasons of the highly acclaimed BBC series, Call the Midwife, two beautifully toned BBC productions: Cider with Rosie and Five Daughters, both for the acclaimed director Philippa Lowthorpe, and the latter of which received an RTS Award nomination for best score, The Other Boleyn Girl, Trial and Retribution, The Vice (Series 2 – 5), and Great Expectations, starring Charlotte Rampling. He also scored the hugely successful documentary series Francesco’s Venice and Simon Schama’s, The Power of Art: Caravaggio; all works for which he produced wonderfully evocative and attention grabbing scores.

Having collaborated extensively with the RSC and the National Theatre, where he has worked as composer, performer and musical director, Peter has also enjoyed a long-standing association with the renowned Shared Experience Theatre Company, for whom he has created scores and sound design for almost all of their productions, including Anna Karenina, Mill on the Floss, War and Peace and Speechless.

Peter is very much in demand among ballet companies and choreographers following a number of hugely successful and high-profile productions including Broken Wings for English National Ballet and The Little Prince for Ballet X. His full-length ballet score, Camino Real, based on Tennesse Williams’ masterpiece of the same name, was premiered by Atlanta Ballet.

“Salem’s music is richly evocative of love, hate, tenderness, pain, fear, and hope. The powerful drums are the heartbeat of the main character, but also the heartbeat of life itself, pounding above the poignant melodies” – The BackstageBeat, Atlanta.

Previous to this, his full-length ballet for Scottish Ballet, based on Tennessee Williams’ A Streetcar Named Desire, also opened to 5-star reviews and huge international critical acclaim.

“… the excellent music is deeply integrated with the choreography, sometimes even telling the story alone”  – Edinburgh Evening News

“. . [an] atmospheric and sustaining new score by Peter Salem – dramatic and evocative” – The Sunday Times

Other concert works include a series of pieces for strings, comprising of an octet, quartet and ‘Windhover’ for piano trio, which has been performed and recorded by the Fidelio Trio.