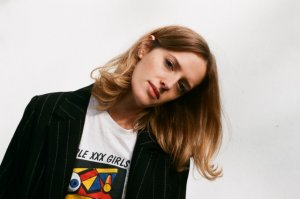 Isobel has created dramatic original scores for feature films, television drama, and narrative-driven entertainment. Lauded for her trademark electronic sound worlds and scoring sweeping melodies for large-scale orchestra, Isobel’s music can be heard alongside George Fenton’s in the BBC television series Frozen Planet and Martin Phipps’ in the BBC’s War & Peace, which won the Ivor Novello for Best Original Television Score. Other scores include MakeUp, one of the 3 selected films for the prestigious BFI iFeatures scheme, True Appaloosa (BBC4), and Frozen Planet: Making Of (BBC).

Working in a wide range of musical genres, Isobel moves seamlessly between orchestral music, electronic sound design, experimental and song writing. As a result, Isobel collaborates with a variety of artists including cellist and producer, Oliver Coates (Under the Skin), and the singer Lachie Chapman from the group, the Overtones. She has received a number of prestigious awards, including Best Composer at Underwire Film Festival and winner of Best Sound Designer at Off West End Theatre Awards, and has been performed across Europe, the USA and the UK in London’s Royal Albert Hall, The Barbican and the Queen’s Hall, Edinburgh. For her work in theatre, Isobel has written original music for productions in the West End to New York, in addition to the Royal Shakespeare Company, The Royal National Theatre, The Old Vic, Royal Exchange Theatre, The Young Vic and many more.

In 2015, Isobel released her debut album Music for Strings, a ‘symphonic album of works for string orchestra’. “sweeping harmonic splendour becomes the basis for fragile solo violin and cello lines that fade in and out like ghostlights… a beautifully crafted, meticulous and robust album from one of the UK’s most exciting young composers”.

As a performer, Isobel has played concerts in venues across London, including the St James Theatre and Union Chapel. In 2016, Isobel’s music appeared on albums alongside composers, Olafur Arnalds and Johann Johansson.

Isobel graduated with a First Class degree in Music from Edinburgh University and then received a Masters with Distinction from King’s College London. She was subsequently awarded a scholarship to the Royal Academy of Music, where she received her diploma.