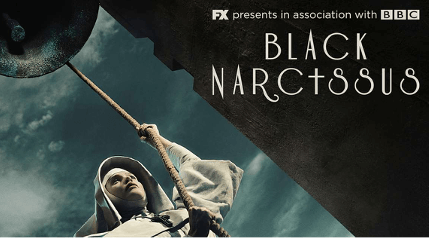 The first look trailer for ‘Black Narcissus’ which will feature a score by Anne Dudley has just been released. The three-part miniseries starring Gemma Arterton, Alessandro Nivola and Aisling Franciosi is based on Rumer Godden’s classic novel about forbidden desire, religion and sexual repression and has been adapted by writer Amanda Coe and directed by Charlotte Bruus Christensen.

Black Narcissus follows Sister Clodagh, who leads the nuns of St Faiths to a remote spot high in the Himalayan mountains, where they set up a branch of their order in the palace of Mopu — originally built as a home for a former General’s concubines (‘The House of Women’). There, Sister Clodagh is “increasingly attracted” to the arrogant land agent, Mr Dean, as is the unstable Sister Ruth. As the two women grapple with their unspoken desires, “the repressed memories of Clodagh’s past become entangled with the tragic history of Princess Srimati, and history seems doomed to repeat itself”.