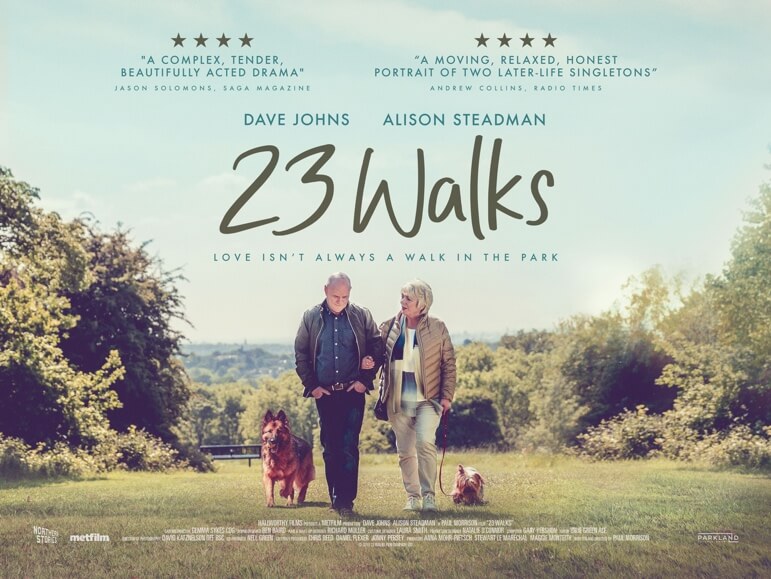 Gary Yershon has composed the score to the film ’23 Walks’ which will be released in select UK cinemas on Friday 25th September. The film directed by Paul Morrison, and starring Alison Steadman and Dave Johns, is a heart-warming comedy drama about finding love later in life. Dave and Fern, two older strangers, have been bruised by their individual circumstance. They meet walking their dogs in a North London park, and over the course of twenty-three walks together romance begins to blossom. But Dave and Fern haven’t been completely honest with one another and their future together may be threatened by the secrets they have withheld.